While some students love essay writing, writing an essay is a nightmare for others. However, as long as you are a student, you cannot avoid writing an essay. If you belong to the category of students who dread essay writing but have to write an expository essay, then you should continue reading this article. In this article, you will learn what an expository essay is, how to draft an explanatory essay outline, and how you can successfully write one. So, keep reading.

What is an Expository Essay?

In this type of essay, even though you are setting forth an argument, you do not have to insist that your opinion is right. What you should do is try to be as neutral as you can be and make sure you add facts to your claims.

The major aim of writing an explanatory essay sample is to present your arguments in the most truthful manner.

For example, you can write:

“This essay seeks to answer whether polygamy is a more suitable option for today’s relationship.”

This way, the reader can tell that the body paragraph of your essay will have content on polygamy or romantic relationships. Now, it is important to mention that while your introduction will come first, it is better to write it last. This is because you may not be able to write a good introduction until you have written your body paragraphs.

After the introduction, the next thing to write on is your body paragraphs and this is where you will present your claims. Now, remember to back up your claims with theories or facts from credible sources. These credible sources can either be academic ones or authoritative sites. When writing academic work, do not cite information from random blogs or sites as this can lower your grade.

Lastly, write your conclusion. Your conclusion should highlight the main points in your body paragraphs and also show whether you have achieved your objectives.

Here are some helpful tips for writing a good explanatory essay:

Ideally, you should only use third-person pronouns when writing your essay. Using personal pronouns like “I”, “my”, “me” will get you flagged. This is because it is a general rule in academics not to personalize your work. If you read most academic work, you will notice this. However, if your lecturer expressly states so, then you can use personal pronouns in your essay.

No matter how knowledgeable you are about a particular subject, your lecturer does not expect you to write your opinions alone. Rather, they expect you to find relevant sources and cite them. For example, if you were writing an essay on Afro hair, you can cite sources like this:

“According to Jones (2021), Afro hair is made up of different textures.”

The source you have cited is Jones (the author’s surname) and the publication year is 2021.

An essay is not made up of bullet points. As such, there should be a good flow of words and ideas. If there is no such thing, your sentences will end abruptly, leaving the reader confused. Thus, it is important for you to connect two or three paragraphs/sentences with the same idea using transition words.

These transition words include:

For instance, still, yet, moreover, although, but, however, in addition to, furthermore, etc.

In essay writing, it is advisable to use passive voice instead of active voice. This will even help you when you have to write an essay with a long word count. Look at the differences in these two explanatory essay examples:

“She complained of being tired owing to the stressful nature of her job and how it had affected her.”

Now, if you noticed, sentence 1 had 14 words, while sentence 2 which was more descriptive of the situation had 19 words.

A Good Sample of an Expository Essay

For a long time, individuals in the field of psychology have sought to explain the importance of social factors in describing how and why people act the way they do. This even includes in fictional scenarios. Authors must create realistic characters in order for their work to be appreciated by a reader or viewer. Such is the case in the popular television series, Breaking Bad.

Although this show is relatively new, longstanding psychological phenomenon are still able to provide insight into why this character acts the way he does. For example, the looking-glass theory was created in the early 1900s by Charles Horton Cooley. This theory suggested that people are highly influenced by the way they are perceived in social contexts. This is certainly the case throughout the storylines in Breaking Bad.

The main character of Breaking Bad, Walter is very much influenced by how he thinks others perceive him whether he would admit this fact himself or not. When he is diagnosed with cancer in the first episode of the show he changes drastically from the calm and mild mannered high school science teacher who holds a part time job at a car wash. Instead, he becomes highly erratic and begins to engage in behaviors that have the potential to involve him in serious legal problems (Echart & García, 2013). He uses his chemistry background to start illegally making and selling methamphetamines with a former student, Jesse Pinkman. This is clearly in response to his cancer diagnose; however, it also relates highly to his concern for being seen as a weak man who is no longer capable of taking care of his family. In order to avoid being seen as a sick pitiful individual, he goes to extreme measures to become powerful. Additionally, he does not even tell his family about his diagnosis so that they will not perceive him differently. In this manner he acts very much in accordance with his social “lens.” Despite losing serious control over his body and his health status, he works tirelessly to maintain control over how others perceive him.

Not only does Walter operate under the idea of being useful to his family, but the changes he undergoes also relate to a sense of power. This brings about an extremely interesting facet of Cooley’s through the looking-glass theory. It is not a static concept. Instead as uncontrollable life events impinge on Walter’s sense of self, his actions attempt to compensate. This is demonstrated best when Walter goes into remission. He no longer has to fear that his family will be left without a caregiver and thus, this is no longer the reason that he feels he has to resort to the drug world. However, instead of giving up his life of crime, he engages in criminal activity even further. Clearly this is not only about his fear of being perceived as weak. Instead, he has learned that being seen as powerful by other individuals of power can be an extremely enticing boost to his ego, a key feature in Cooley’s theory (Echart & García, 2013; Franks & Gecas, 1992).

Walter is not the only character who is affected by how others perceive him. In fact, even his wife is affected by social perceptions from others. Skylar is initially a calm and demure wife. She raises their son, who suffers from cerebral palsy with a firm yet loving persona. However, when she discovers the truth about Walter’s hidden life, she has to decide how to react accordingly. For example, she does not tell her sister Marie or her brother in law Hank about Walter’s action even though they are very close throughout the show. In fact, she purposely helps Walter to cover up his behavior with a story about him becoming an obsessive gambler. It is clear that she wants to maintain the façade of a happy and law abiding family.

Much like Walter, Skylar eventually falls deeper and deeper into illegal activities although it might not be for the same reasons. She ultimately becomes involved in a workplace where her boss, who she has some romantic involvement with, has been stealing money from the company. Ultimately she is quite directly involved in Walter’s business: however, because she maintains a distance by working in the car wash laundering money, she still feels that her social stance is not compromised. She capitalizes from a rather terrible breach of the law by making herself look like an upstanding business owner and mother in the process.

Ironically, Jesse Pinkman, Walter’s partner in crime is a character that worries less about what others think of him. As a young man who has been addicted to drugs off and on, it is clear that he has already suffered from judgment from society. And, somewhat akin to Walter, engaging in making methamphetamine is a way that he can become more powerful and in control of his life. However, to some extent he maintains an, “I don’t care what others think attitude.” Although this may seem at first to contradict Cooley’s theory, acting like he does not care about the opinions of others is actually Jesse’s way of projecting a very much socially minded image of himself to others. The more he acts as though he does not care what others think, the more likely he is in fact to care (Franks & Gecas, 1992). This is also shown through the material possessions he splurges on when he finally has access to large amounts of money. Buying an expensive house, for instance, is his way of demonstrating his success to others. Thus, he continues to prove some aspects of Cooley’s theory.

One of the reasons Breaking Bad has become such a popular television show is that the characters in Breaking Bad are very believable. They present with their own unique characteristics. Additionally, they follow long held constructs in psychology such as Cooley’s looking-glass. Characters are reactionary and highly related to the environment in which they live. They are motivated by a need to be perceived as strong, or caring or successful depending on their own individual psyche. All of these factors are true not only of the characters in Breaking Bad but also of real human beings. Every person is motivated by social contrast and perception (Franks & Gecas, 1992). Without this, ego would preside over humanity. 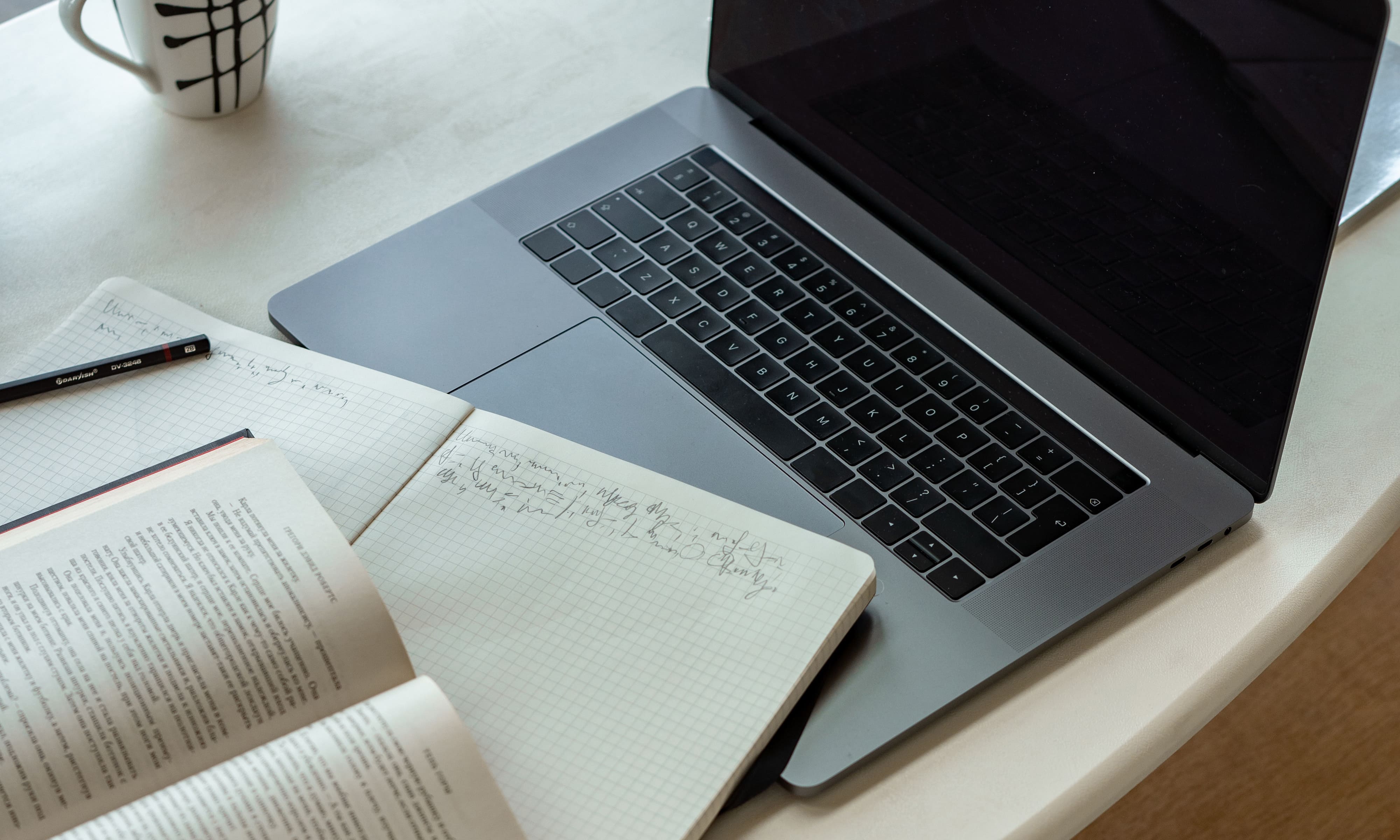